With the rise of popularity of social media and the development of more professionally run social media groups and pages, many would-be online entrepreneurs are turning to Facebook as a potential revenue stream.

A Facebook Group can take the form of a full-time business venture, meaning that a well-run Facebook group could hypothetically be worth millions of dollars depending on the various sources of income generated from the group. However, most Facebook groups never generate any income sources.

Determining a Facebook group’s worth is a very difficult standard to measure, as potential worth for all pages could be in the millions. Consequently, let’s look at methods by which monetization of Facebook groups occur to better understand how objective metrics of worth can be applied.

Are Large Facebook Groups Worth A Lot Of Money?

The first and most obvious assumption/misconception surrounding Facebook groups is that larger groups equate to increased value.

Although larger groups with multiple members around the globe may be a positive asset to a Facebook group, there are multiple reasons why more membership does not automatically result in increased revenue or value estimation.

While having, say 100 000 members of a Facebook group means the potential for companies and businesses to reach 100 000 customers, this is only theoretical and doesn’t take into account the nature of social media.

The most obvious concern is that a lot of these supposed members may not be people or companies at all. This is because these members may well make up the estimated five percent of fake/bot Facebook accounts (over 90 million in total!)

Another concern is engagement. Namely, many Facebook accounts (legitimate or otherwise) may not be actively engaging with their social media accounts, or worse still, they may be partaking in nefarious actions such as spamming a Facebook group with inappropriate content that can get the page removed altogether!

To guard against these two common problems, it is important that from the outset, members are given security questions to enter the group, as well as group guidelines they must adhere to.

Once this is done, moderators and admin privileges need to be established so that posts can be regulated and inappropriate content/members removed from the group by admin members to secure the group’s running and legitimacy.

In conclusion, the legitimacy of a group’s members coupled with positive engagement shows advertisers, companies, affiliate marketers, etc., that the group can become a viable source of positive lead generation for businesses.

Some groups may even charge a monthly subscription for their members, should the quality of the content posted be of such a high standard as to warrant a paid subscription.

However, the type of content posted and being discussed will significantly affect the potential for income generation, whereby the group’s focus is usually more important than the size of the group.

Let’s look at some examples of the biggest Facebook groups in the world to understand why the nature of the content posted is more important than the size of the group (while still illustrating why size is important!)

With over three million members at the time of writing, the Facebook group “WWE Monday Night Raw” is one of the most popular Facebook groups in the world.

The purpose of the group is to discuss the American television show Monday Night Raw, a production by the entertainment and professional wrestling company WWE.

Outside of its enormous membership providing ample opportunities for companies to sell merchandise, apply for sponsored content and advertisements, or engage in affiliate marketing, there is also the very company-specific interest around WWE.

This means that, among other things, members of the group will have the following common interests:

This means that the group has a collective interest, allowing businesses to target their content to appeal to these members to drive sales, ad traffic, website traffic, or to purchase service subscriptions (such as a pay-per-view service for combat sports.)

In contrast, to a focused group such as WWE Monday Night Raw, the popularity of “meme culture” on the internet has given rise to thousands of “meme” Facebook groups over the past few years (“memes” being humorous online content.)

These meme groups can range from a couple of hundred members to millions of members (with the largest “meme” group I could find at the time of writing being “Relationship Memes” with over 1.8 million members.)

Although some of these meme groups may be more focused than others, meaning there is a desire for some companies to reach out to them (such as sponsored content for clothing lines appearing on meme groups about fashion), most of these pages have little to no continuity.

This means that should there be a hypothetical Facebook group entitled “Funny Memes” with millions of members that encourage the global sharing of humorous content without any continuity, this group will not be as desirable for companies to engage with when compared to more focused groups.

Consequently, Facebook groups that focus on streamlined content that allows for targeted marketing will always be a priority for businesses looking to capitalize on legitimate lead generation and interest instead of simply having a large membership count.

Over and above, having a targeted Facebook group that you and other businesses can engage with, there should also be the potential for engagement outside of the group.

This can take the form of a website, other social media pages, online forums, or email lists/subscription services.

The reason is that it helps improve the legitimacy of lead generation and promotes the page into other spaces that online users can engage with outside of Facebook, should that not be their preferred platform of use.

Furthermore, other important considerations need to be borne in mind when building an online presence through your Facebook group, such as the use of downloadable assets or improving one’s knowledge of Search Engine Optimization (SEO.)

While Facebook groups are mainly a platform for people to engage in common interests, oftentimes in defined geographical locations, the correct management of these groups can lead to potential sources of income and objective value propositions!

Let us know your thoughts, how Facebook groups should be valued in your opinion. 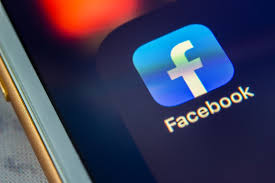 Social Media algorithms are mind-bogglingly complicated. They try to work out what you should see, where, and when. When deciding…

With the rise of popularity of social media and the development of more professionally run social media groups and pages,… Is it easy to search Instagram Profiles or how to get Instagram indexed on Google search? The most asked question by businessmen…